Just walking around the yard
Another reborn vine 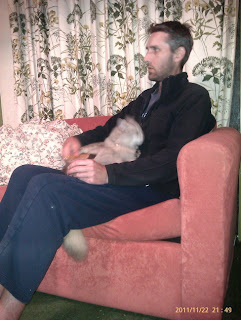 My good friend Travis was down to stay a few days last week. He has been in on a few vintages, and has a little interest in the Portable Vineyard.
He also loves the cat, and she loves him, specially when the brush comes out!

I showed him around the PV, and to my surprise, I found another vine regenerating! Two in a fortnight. 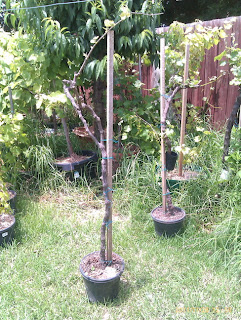 The vineyard is expanding incrementally as the adopted vines stir into life finally, and there are a few to go yet [fingers crossed]. There looks like some fungus growing on the little ones, and some on a really vigorous adoptee- which also looks suspiciously like a chardonnay bush after all! 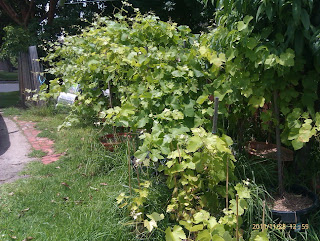 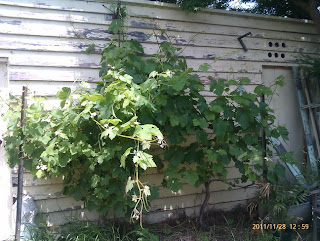 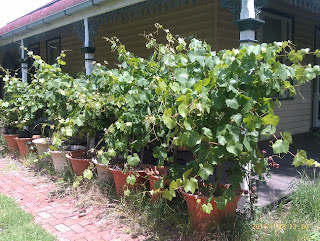 Reviving slowly?
A catch up on some lucky lucky vines.

A walk around the vineyard tonight, and a vine I have nearly given up on has revived.
Depending on how the weather treats it, it may survive summer.
That makes five adoptees adapting to their new yard.
One has bountiful grapes-to-be, one is vigorous, and three maybe okay by next year.

The rest of the Portable Vineyard is very vigorous- looking just great. 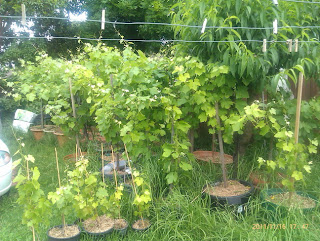 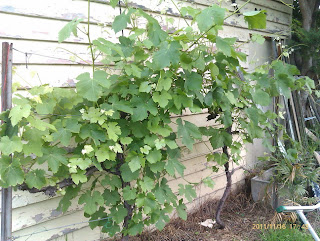 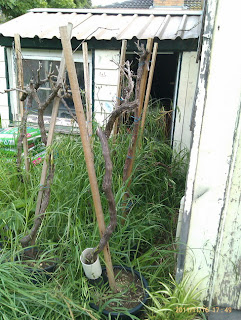 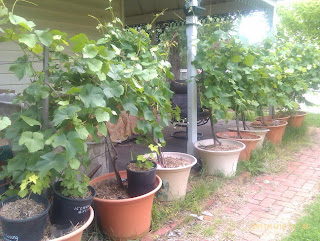 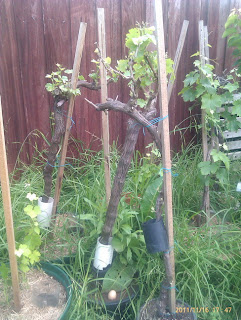 lazarus A, B and C 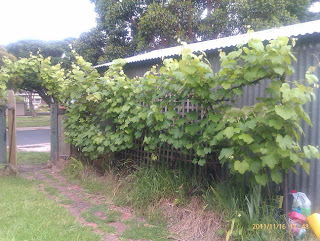 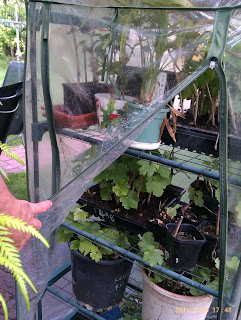 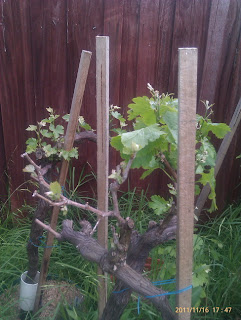 Close up on the lazarus vines 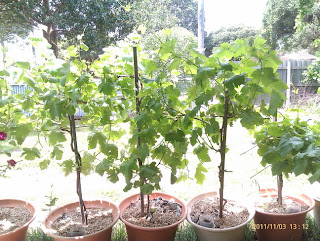 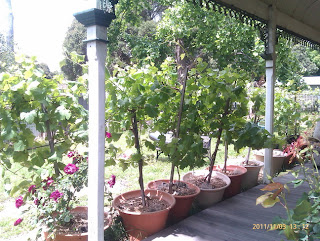 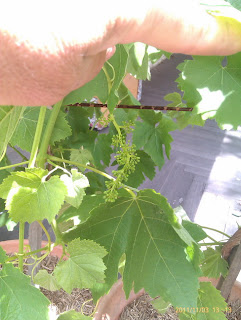 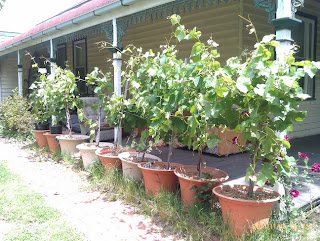 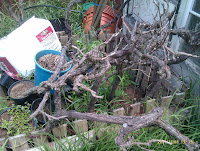 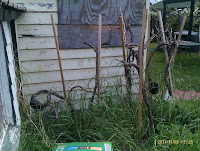