When harry offered me some more vines, I sort of jumped at the chance, some mature vines, Yeah!

But the thing was where were the things to go?

There is no real room for the things in the garden. More pots had to be got.

However, budget wise, good pots as explained before, are a little bit too costly to just charge to the old CC!

In this case, hanging off and just leaving the newly bare rooted vines in the open was a bad thing. The time between the uprooting and the potting was about two to four weeks, my recall now is somewhat a bit hazy- WOTEVAH- it was too long. The potting was done with fresh sandy river soil, potting mixture and a bunch of fertiliser.

The expected bud swelling, so eagerly anticipated did not eventuate, inevitably a lost cause overall.

There appear to be only two active budding, and nearly leafing, survivors of the mildly chilly winter, some shiraz.

Which is nice. Other wise there would be just two chardonnay, and the last time I tried to grow those- nada.

The rest of the newbies, 12 shiraz and 14 chardonnay, are either hibernating for another year or... 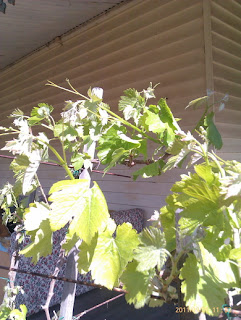 After all the heavy pruning, they are all doing well.
The year-olds, four survivors, are also okay.
The nursery cuttings, doing so well, I may have to separate them all!
Posted by tony ford at 9:25 PM No comments:

Latest batch
8 kilograms sugar and a super yeast:
5 litres plus of liqor...

Anyway-
Resulted in aboot 4 liters of overproof, wound it back to about 9 liters of spirit, added a dash of coppersulphate and un-iodised salt and started the carbon filtering. Smells sweet still.
The tails- for some reason at 1am- SHIT the still- I went out and the process had just stopped at about 1 litre? Och, went to bed.

Next day. Next stage, process the tails from the last two distillings, about 5 liters I suppose at 36% and added 9 bottles of 01 pinot that was a little off. Again, forgot to get of bum [here] and check... whoops, too much header with crap, back in the vat! And watched it this time and took the volatiles away. At half a vat, should not take too long to get a brandy style.

After the the above has been filtered and redistilled with a batch from last time- should be able to make up a few liters of Limonella with a taste of Mandarine I think! Just in time for Xmas gifts! And Bundy too!
Posted by tony ford at 1:04 PM No comments: 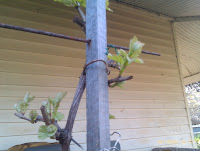 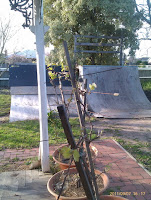 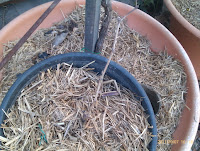 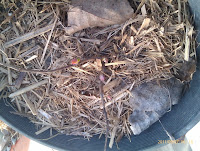 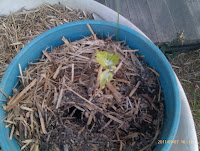 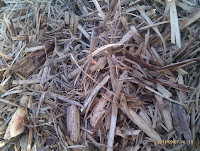 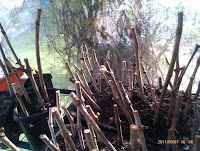 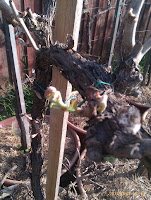 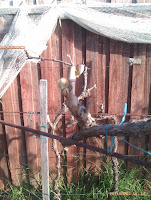 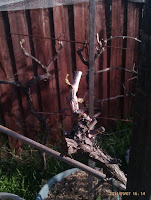 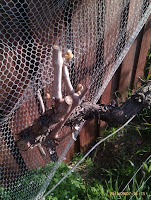 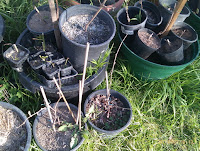 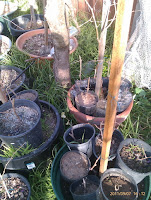 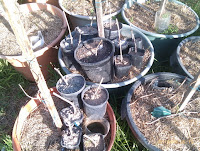 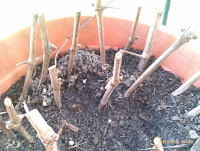 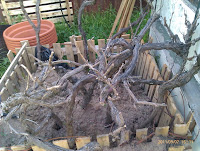 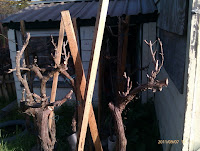 It really is a shame that I put off planting the new vines I adopted from Harry. leaving them bare rooted for too long may have been very detrimental to the potential survival, as only a couple of the Shiraz plants seem to have any swelling buds, and the chardonnay plants- None. So far...
Posted by tony ford at 5:10 PM No comments: